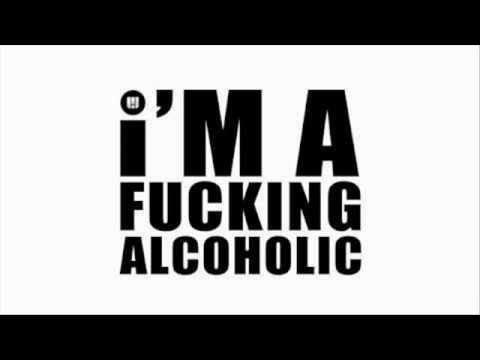 I’m an alcoholic – recovering / recovered now, been sober since October 2014.

I’ve known for a long time now, maybe I’ve always known. Like most of us that have an issue or demon on our back we know. We can’t admit it – we don’t know how to – but mostly were just so fucking scared.

I never had a childhood. Not like an average or normal childhood – something I didn’t fully realize until I had children of my own and knew what unconditional love was.

I was really terrified to have children – I was so afraid –  I didn’t want to fail them – I didn’t want them to have the life I had growing up. I didn’t know how I was going to do a good job.

I realized that it wouldn’t be hard once I just decided to do the opposite of everything from my youth.

I was 16 when I had my first beer or should I say beers!

Drinking gave me a rush of confidence, and for a boy hounded by feelings of inadequacy, the buzz was a welcome relief.

“What was impossible to realize at the time was that I was shooting myself in the head in some strange time warp where the bullet takes many years to finally reach its target” –  great quote I stole it!

I felt empty and sad for years, and for a long, long time, alcohol worked. I’d drink, and all the sadness would go away.

Not only did the sadness go away, but I was fantastic. I was charming, funny, I had a great presence, and I could talk to anybody.

But at some point, the booze stopped working. That’s when drinking started sucking. Every time I drank, I could feel pieces of me leaving. I continued to drink until there was nothing left. Just emptiness.

I remember actually realizing this – at least 10 years ago

On the outside to others I had my shit together, I was the guy who loved his beers loved to have a great time and wanted everyone around me to feel the same.

I justified it with the “work hard – play hard”

I was full of shit!

The crazy part was that on many level I was getting things done, achieving things that many people didn’t think I could, deep down inside neither did I.

For many years every time I started to really get a head I would get scared, afraid I couldn’t handle it. Afraid I would screw it up.

I felt lost and had no clue what I was supposed to do next. So I did what I knew how, I drank and lost my focus.

As a very close friend of mine once said, “Curd, just when you start to get ahead on something you Zig or Zag into a different direction.” I got mad at him, like an alcoholic I blamed him instead of looking at myself.

My one saving grace was that even deeper down inside I knew I was “meant for more”.

When I started Hostyle 5 years ago, my business was in shambles I had once again “Zigged” and it cost me and my family as I watched “Fitness Warehouse” go up in flames.

I had to grab onto something to keep me from sinking even deeper.

It was training..I knew I had to get back in to better shape and I knew it would bolster my self esteem and confidence… and it did and it led to the creation of Hostyle Conditioning  wwww.hostyle.ca

I also knew I needed help. Some better business skills and accountability so I hired a business coach 3 years ago – Eric Deschamps from Rhapsody Strategies.

Even then I was ready to get help for my business which was a very smart move, but I wasn’t ready to get the help I needed for myself, not for my alcoholism, fuck that I was still too afraid to go there.

But I knew that I would have to deal with “Me” eventually.

Hostyle started to grow, tools and systems started to take hold, accountability was working being coached was working. My confidence grew as Hostyle grew. Helping and coaching my clients gave me purpose and it was easier to stay focused on helping them.

Then as we moved and expanded an itch was starting to come back, I started to feel like a fraud, that emptiness was coming back as things were getting smoother and I had more time to think, old familiar scripts started coming back to the surface.

To be honest they never left I could just hear them more clearly as things were quieter.

Is that why I zig and zag for the chaos?, the noise it makes?, how it drowns out the negative scripts that are always just beneath the surface.

Just over a year ago I found myself drinking more and more, upstairs at the bar after Hostyle Closed till 2 in the morning, then back at hostile at 5:30 am to teach – hung over – tired – starting to fuck shit up.

I was Zigging and Zagging…..

One morning I sat at my desk just before a class one morning and I couldn’t think of single workout for that 6 am class.

I started to think, I started to remember all kinds of shitty things, I barely got through the class.

I lost my shit – I Could see myself ruining it all again – I could see everyone around me would suffer again.

I could not go through this again – I would not.

I had hit my “Bottom”

I picked up a card with a number written on it, I had this card in my wallet for almost 2 years.

I was sick to my stomach, I dialed the number, the next day I went to my first AA meeting.

Its been over 13 months now…

There is lots of work to be done… I got this …one day at time somedays. But I’m a shit ton better off than where I was…

I will Crush it!

It’s time to tell the world.

14 Replies to “I’m a fucking Alcoholic…”